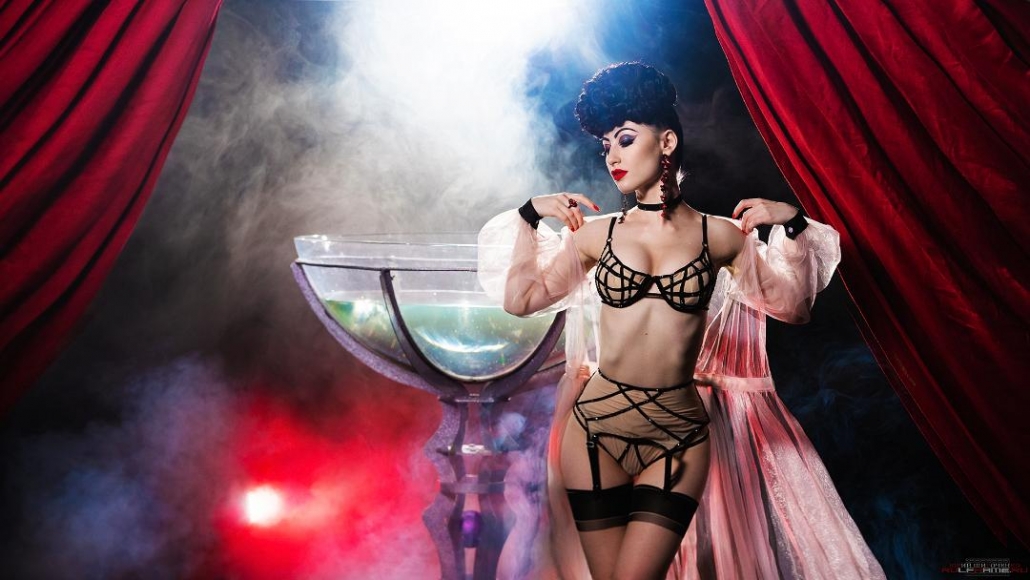 
She is a cabaret, coorporate, festival and private event performer. She had a background in movement and dance before specialising in fire dance and more recently mastering the aerial arts and hula hoop. She is Performing internationally since 2011 her passion for Hula and Aerial Hoops has been on display at high calibre events worldwide. She is available to perform a single feature act, or several acts for one event

She is the Russian Queen of Burlesque, showgirl in the spirit of old Hollywood, and performer in the best venues in Russia and Europe. The geography of her performances stretches from sunny Sochi to gloomy Yekaterinburg, from steely Stockholm to romantic Rome. She travels the world with her suitcases, overflowing with fluffy ostrich boas and luxurious dresses, embroidered with Swarovski crystals, winning over hearts wherever she goes!

She began her career as soon as she turned 18, and 2 years later she was already the prima of one of the best Moscow cabarets – “Le Rouge”, from 2014 to 2016. Her standards are exceedingly high: her costumes are thought out to the finest detail, and on the stage she is perfection itself – energy, artistry and grace make her rightfully one of the best in the genre. A style icon and fetish model, her photos adorn the covers of foreign magazines and the albums of musical artists.

Currently, She is one of the most successful burlesque artists in Russia. In 2015, she was a winner of the Moscow Burlesque Festival, appearing as the imperious Egyptian queen Cleopatra, a performance that included a milk baths right on the stage, and which granted her the title of ‘Queen of Classic Burlesque’. Now she increasingly performs abroad, introducing Russian burlesque to international audiences. 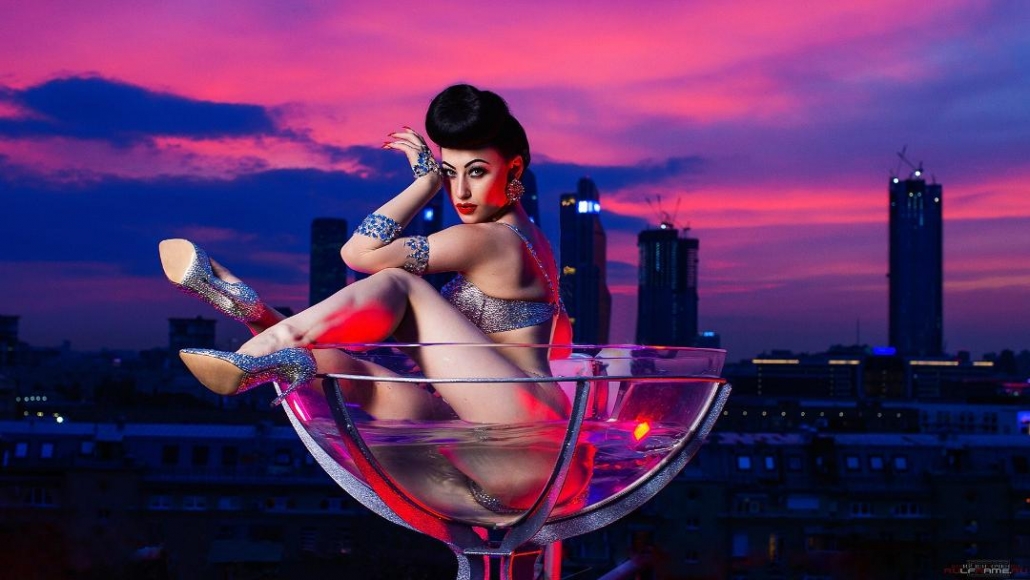 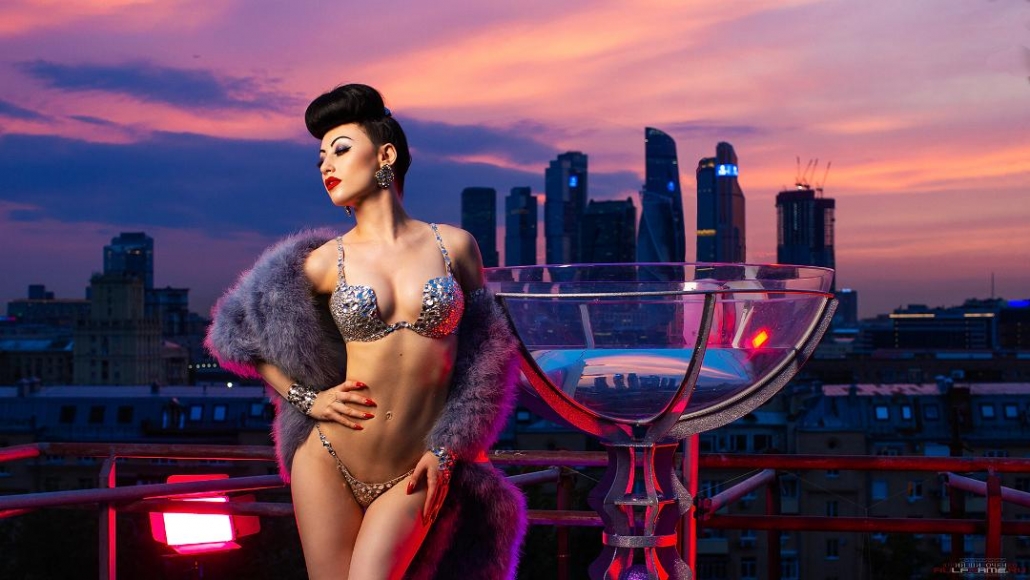 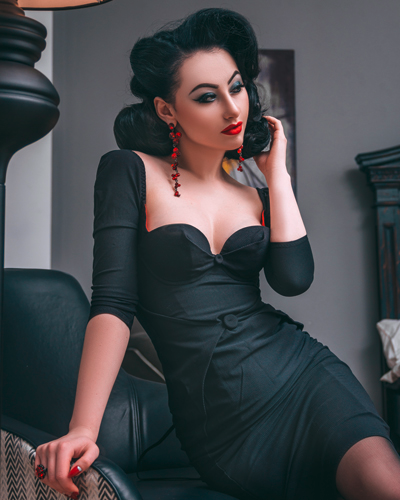 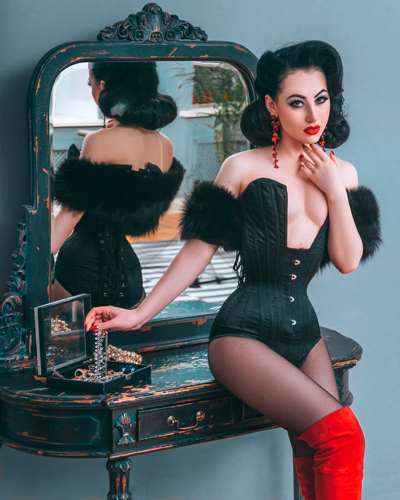 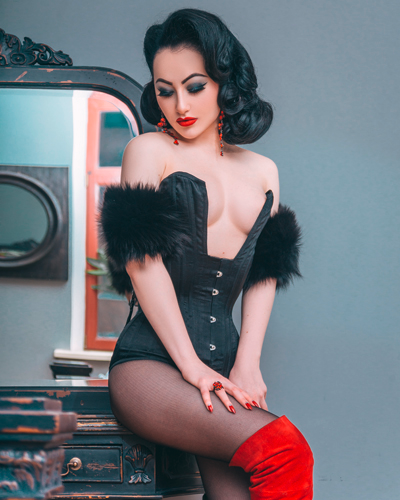 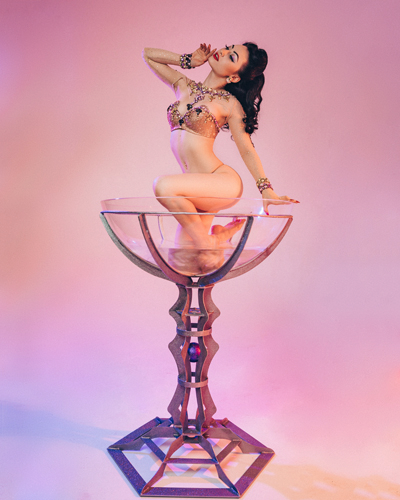 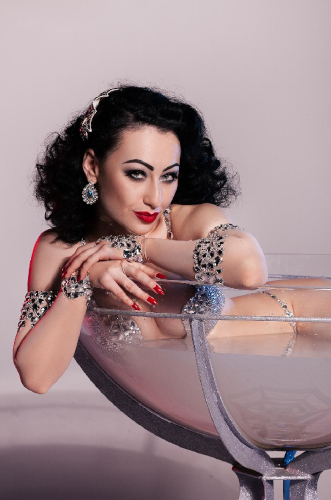 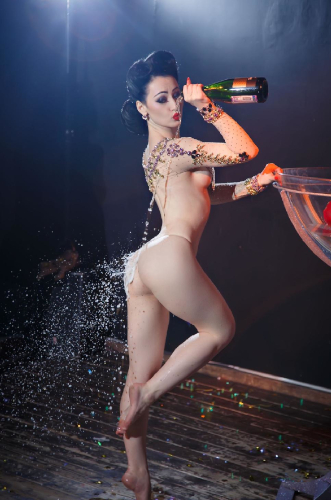 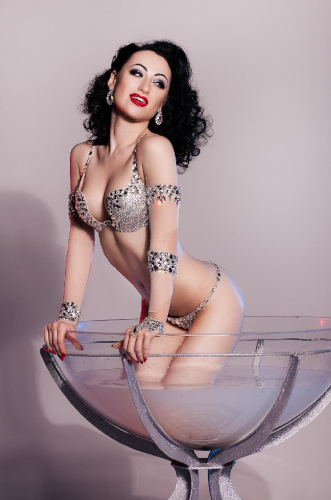 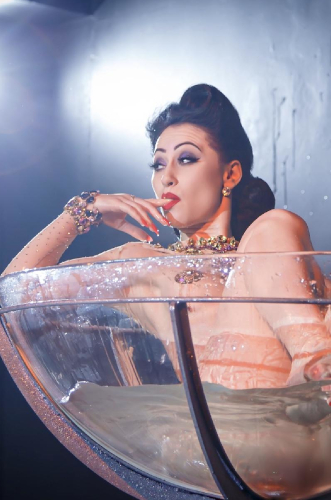 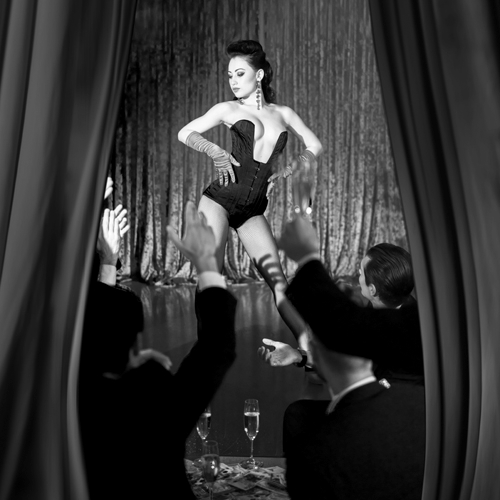 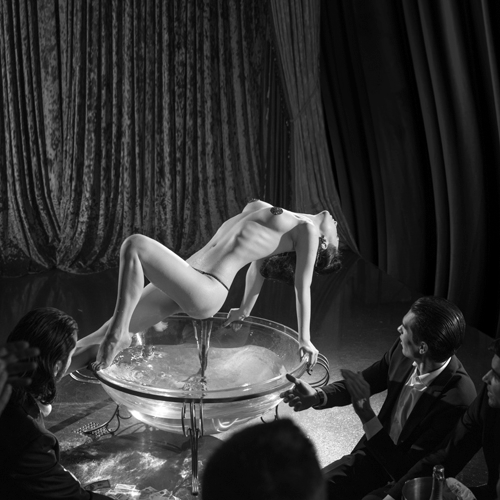 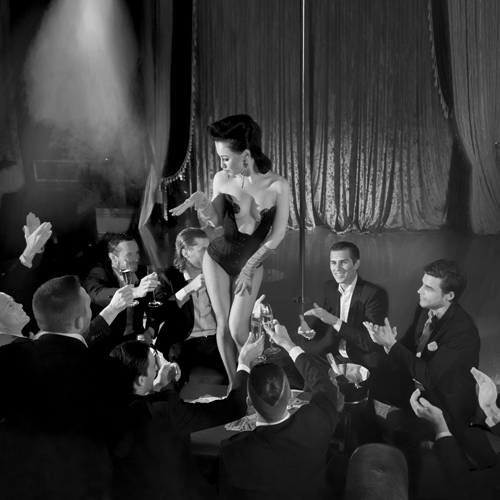 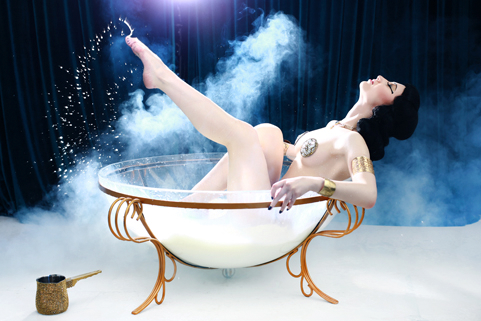 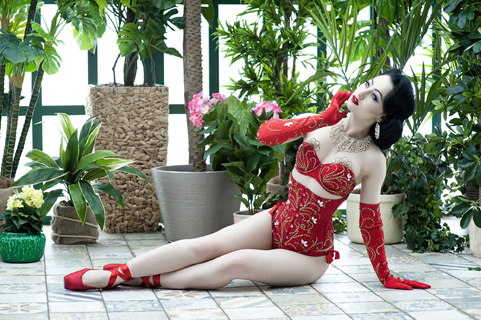 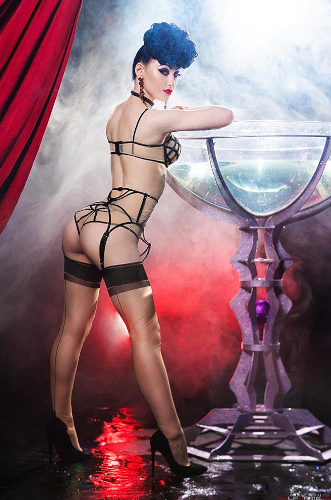