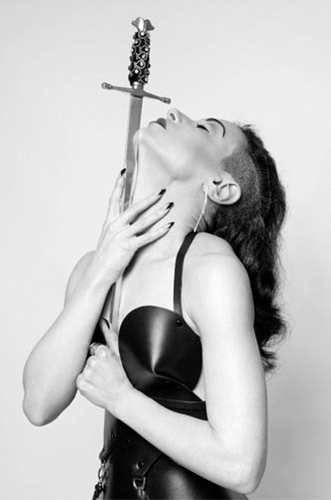 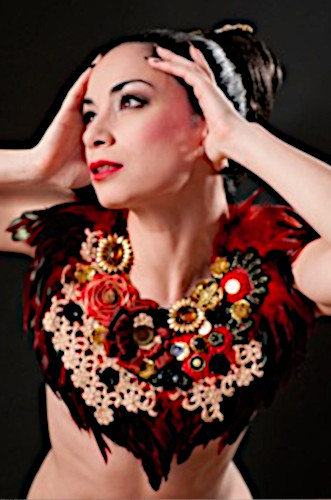 
She performs to critical acclaim throughout the world. Each of her performances is a lively mix of unusual stunts, comedy and a delightfully charismatic personality. She was born in Russia, raised in Sweden and England, her multicultural upbringing has prepared her to be an extraordinary international artist. For almost two decades, she has toured with great success through over 22 different countries. She is fluent in four languages, but can perform her show in eight. Being one of the last surviving female sword swallowers, she is always in demand as she holds several world and Guiness records for her skills. As well as sword swallowing, she performs mind bending acts of magic. Her acts delight audiences in TV shows, gala events, cabarets, varieté theaters and festivals worldwide. From royal families and presidents, art and fashion events, to charity performances in Cambodian refugee camps she has captivated her audiences and left them spellbound. In addition to her solo acts, she has collaborated with other top performance artists and celebrities such as Rossy De Palma and Peaches with spectacular results. She has been photographed and documented by journalists, photographers and artists to name but a few David Lynch, Roxanne Lewit, Ana Finel Honigmann, Kurt Aeschbacher and others. A true symbol of unique style, she combines vintage and modern fashion with a fresh and innovative approach to performance art, and has become a muse to many artists. Her performances will undoubtedly leave you in awe. See first hand why she is known as „the Queen of unexpected presentations“. 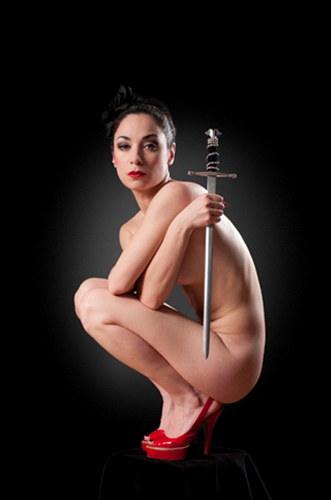 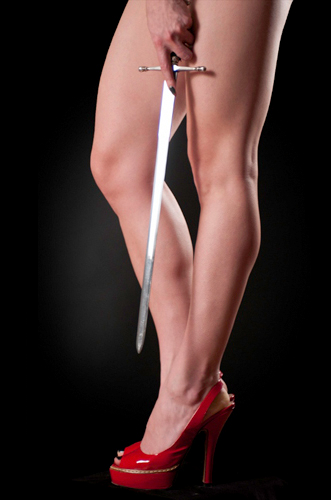 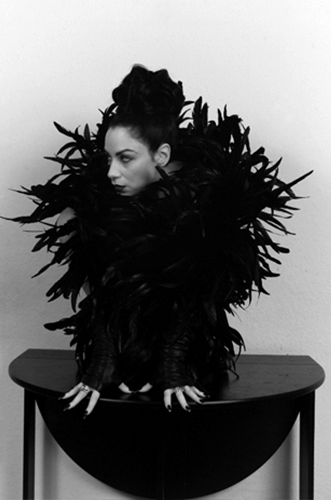 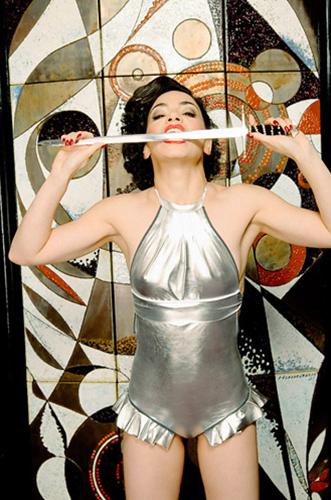 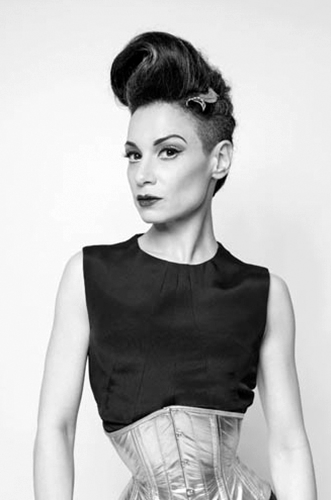